The majority of people learned to solve problems where they appear sensually, based on a perception of seemingly single independent existing problems and things. With this, people self create more and more complexity and inefficiency in their systems. This complexity leads to the sensual perceived problems, which they would like to get rid of.

With this global change, which everybody is a inseparable part of the described thinking has become useless, leads to the majority of know and fighting problems in the systems which were created to ensure the livelihood of a society.

And that is the point, where we have to start with a sliding adaptation to the global changes, with the focus on save and ensure the life per se, cause majority of solutions based on wishful thinking and the illusion of excluding the “bad” or only monocausal and emotional thinking.

At this point, both “teams”, actors and affected and vice versa, stick in an inseparable mutual dependency, a self-made dead end, which they can’t escape. (Some of them think, they can escape by making a long holyday trip or by ignoring the signs or crying and lamentation).

This all happens in the perception, that the solution must be a monocausal and on peoples needs, hopes and wishes orientated one.

But its is far away from reality. Cause changes, like this, are orientated on the change of life as the system, were people are only one part of the whole, cause people are not the end of the flagpole.

So what is really to do?

As it hard as it sound, we have to leave from known knowledge of handling problems.

We must turn to solution patterns that are opening up the opportunity to recognize the relationships and the basic principles of life to which we as a society must urgently close.

With the majority of repetitive learned thinking this can not be achieved. Only a holistic understanding opens up new paths shows us the relationships.
Only with an understanding of life itself and the space we occupy, we can recognize what must be done and where.

Just ask yourself, which led to a civilization that has given rise on this scale – within the life itself and in relation to its actual position within the whole? 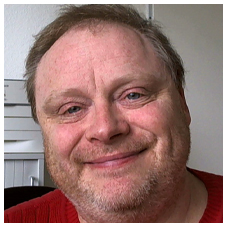